In 2019, the year before COVID-19 containment measures began to be widely introduced by Member States, price levels for consumer goods and services differed widely in the European Union of 27 Member States (EU). Denmark (141% of the EU average) had the highest price level, followed by Ireland (134%), Luxembourg (131%), Finland (127%) and Sweden (121%).
At the opposite end of the scale, the lowest price levels were found in Bulgaria (53%) and Romania  (55%).

In other words, price levels for consumer goods and services in the EU varied by almost one to three between the cheapest and the most expensive Member State. 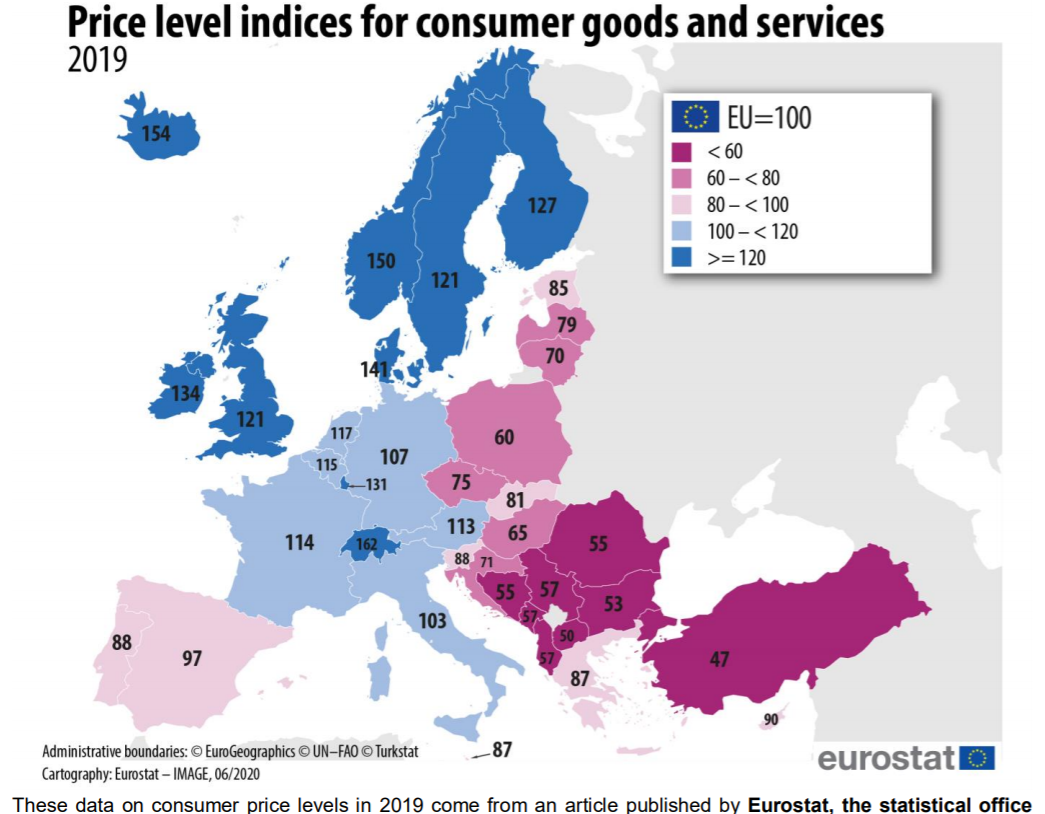 Alcohol & tobacco most expensive in Ireland
Price levels for alcoholic beverages & tobacco showed significant variations between the EU Member States. The lowest price level in 2019 was registered in Bulgaria (62% of the average), ahead of Poland (74%), Hungary and Romania (both 75%). At the opposite end of the scale, the highest prices were observed in Ireland (188%), followed at a distance by Finland (157%), Sweden (131%), France (126%) and Denmark (119%). It should be noted that this large price variation is mainly due to differences in taxation of these products among Member States.

Smaller disparities for consumer electronics, personal transport equipment and clothes
Consumer electronics is a group of products where prices differed less among Member States, ranging from 91% of the average in Poland to 111% in France.
Clothing is another group of products showing a smaller price disparity among Member States, with Bulgaria (79% of the average) cheapest and Denmark (132%) most expensive, followed at a distance by Sweden (118%) and Finland (115%).
With the noticeable exception of Denmark (138% of the average) and the Netherlands (121%), price differences among Member States were also limited for personal transport equipment, from 82% in Slovakia to 114% in Ireland. 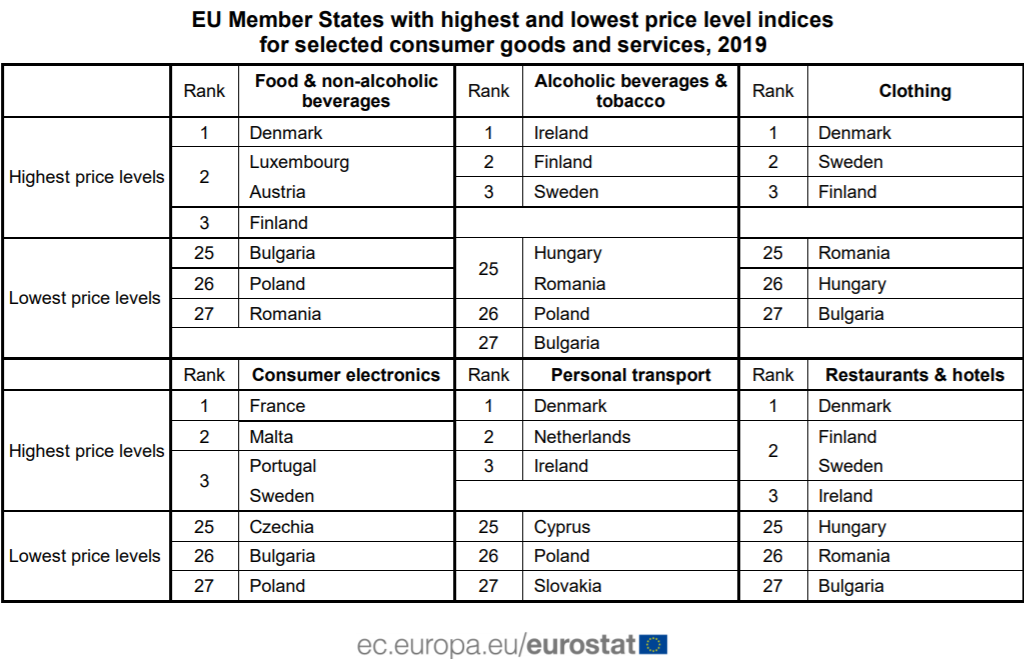 Source: These data on consumer price levels in 2019 come from an article published by Eurostat, the statistical office of the European Union.