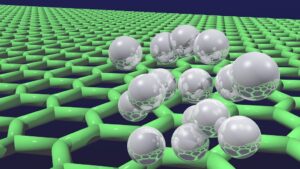 The European Commission has approved, under EU State aid rules, a €149 million Romanian scheme made available through the Recovery and Resilience Facility (‘RRF’) to support the production of renewable hydrogen. The measure aims to contribute to the development of renewable hydrogen in line with the objectives of the EU Hydrogen Strategy and the EU Green Deal. The scheme will also contribute to the objectives of the REPowerEU Plan to reduce dependence on Russian fossil fuels and fast forward the green transition.

Executive Vice-President Margrethe Vestager, in charge of competition policy, said: “This €149 million scheme enables Romania to step up its renewable hydrogen production capacities, while limiting possible distortions of competition. Not only will the measure adopted today contribute to the achievement of the EU Hydrogen Strategy and the EU Green Deal ambitions. It will also help Romania in replacing natural gas, coal and oil in hard-to-decarbonise industries and transport sectors, and in reducing its dependence on imported fossil fuels, in line with the REPowerEU Plan.”

The scheme notified by Romania, which will run until 31 December 2023, will be partially funded through the RRF, following the Commission’s positive assessment of the Romanian Recovery and Resilience Plan and its adoption by the Council.

The scheme is open to (i) companies of all sizes that are active in the production of hydrogen or electricity, (ii) administrative-territorial units, or (iii) national institutes for research and development in the field of energy, including associations or partnerships formed by those actors. Under the scheme, the support will take the form of direct grants. The maximum amount of aid that can be granted per project will not exceed €50 million.

The projects will be selected through a transparent and non-discriminatory bidding process, where beneficiaries will compete for the lowest amount of aid per MW of installed electrolysis capacity. The first call for projects was started in June 2022.

The Commission assessed the measure under EU State aid rules, in particular Article 107(3)(c) of the Treaty on the Functioning of the European Union (‘TFEU’), which enables EU countries to support the development of certain economic activities subject to certain conditions, and the Guidelines on State aid for climate, environmental protection and energy 2022.

The Commission found that the scheme:

On this basis, the Commission approved the scheme under EU State aid rules.

All investments and reforms entailing State aid, also those included in national resilience and recovery plans presented in the context of the RRF, must be notified to the Commission for prior approval, unless covered by one of the State aid block-exemption rules.

The Commission assesses measures entailing State aid contained in the national recovery plans presented in the context of the RRF as a matter of priority and has provided guidance and support to Member States in the preparatory phases of the national plans, to facilitate the rapid deployment of the RRF. At the same time, the Commission makes sure in its decision that the applicable State aid rules are complied with, in order to preserve the level playing field in the Single Market and ensure that the RRF funds are used in a way that minimises competition distortions and do not crowd out private investment

These guidelines, applicable as from January 2022, create a flexible, fit-for-purpose enabling framework to help Member States provide the necessary support to reach the Green Deal objectives in a targeted and cost-effective manner. The rules align with the important EU’s objectives and targets set out in the European Green Deal and with other recent regulatory changes in the energy and environmental areas and cater for the increased importance of climate protection. They include sections on aid for renewable energy, energy efficiency measures, aid for clean mobility, infrastructure, circular economy, pollution reduction, protection and restoration of biodiversity, as well as measures to ensure security of energy supply, subject to certain conditions.

The non-confidential version of the decision will be made available under the case number SA.102003 in the State aid register on the Commission’s competition website once any confidentiality issues have been resolved. New publications of State aid decisions on the internet and in the Official Journal are listed in the Competition Weekly e-News.