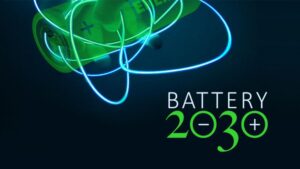 The European Court of Auditors is launching an audit to find out whether the European Commission has been effective in developing a globally competitive and sustainable value chain for batteries in the EU and whether the projects supported in the Member States maximised the impact of EU funding. The audit comes against the backdrop of a rapid increase in European battery production expected by 2025 and the EU becoming the world’s second largest battery producer after China. Increasing sustainable battery production in the EU will not only facilitate the EU’s clean energy transition, but will also be key to the competitiveness of its car industry and reducing its dependence on foreign battery suppliers, the auditors note in today’s preview. The EU will also face a crucially important task in securing raw materials.

“Batteries are highly relevant for Europe’s role as a major industrial player and a leader in the clean energy transition, as well as for its strategic autonomy,” said Annemie Turtelboom, the ECA member who will lead the audit. “We will assess whether EU action is promoting a battery boom in Europe and contributing to a competitive and sustainable value chain.”

To achieve climate neutrality by 2050, the Commission has designated sustainable battery development and production as a strategic imperative for Europe and provided significant funding to this area in recent years, which is likely to continue in the future. By 2025, European battery production is expected to rise almost tenfold compared to 2020, so from 44 GWh (6% of global capacity) to 400 GWh, involving 800,000 jobs and generating around €250 billion per year in terms of economic activity. To sustain such rapid growth, which is chiefly due to the increased demand for electric vehicles, the EU will need to secure stable access to raw materials. However, critical materials such as lithium, cobalt and nickel are not produced in the EU in sufficient quantities to cover the expected hike in future demand and the risk of shortages, further aggravated by the war in Ukraine, will also adversely affect the EU’s battery production and its strategic autonomy.

The Commission has sought to address such risks by focusing on sustainable sourcing, diversifying supply and resilient value chains. Initial estimates show that the EU budget provided at least €1.25 billion of grants to battery-related projects between 2014 and 2020 and a further €500 million as loan guarantees. The EU’s flagship research and innovation programme, Horizon Europe, has earmarked €925 million in this field for the 2021-2027 period, and battery-related milestones and targets are also part of some national resilience and recovery plans.

The auditors will probe the Commission’s strategy and objectives for the EU battery value chain and cross-check their consistency with wider EU strategies on climate neutrality and sustainable mobility. They will also examine whether the Commission has chosen adequate and effective tools to intervene in the largely industry-led sector, how it allocated EU funding to the sector between 2014 and 2020, and what results have been achieved so far. In addition, they will visit Germany, Spain, France, Poland, Sweden (countries where battery-related projects receiving the largest amounts of EU funding are being implemented) and Portugal (the country with the largest known lithium reserves in Europe).

In 2018, only about 3% of global production capacity of lithium-ion battery cells – currently the state of the art in electric vehicles – was located in the EU. For comparison, about 66% was located in China and 20 % in South Korea, Japan and other Asian countries. The battery value chain comprises multiple stages: from the extraction and processing of raw materials to battery cell manufacturing and assembly and battery recycling or repurposing. In 2018, the Commission published a Strategic Action Plan on Batteries, which set out measures to support the construction of a battery value chain in Europe. In 2020, it proposed that the EU Directive on batteries and waste batteries from 2006 – still the only EU legislation fully dedicated to this subject – be replaced by a Regulation, which is currently in the process of adoption by the European Parliament and the Council.

Audit preview 02/2022, “Becoming the world’s second largest battery producer”, is available in English on the ECA website. Audit previews are based on preparatory work undertaken before the start of an audit. They should not be regarded as audit observations, conclusions or recommendations. The report is expected in about a year’s time.