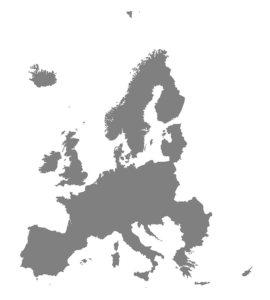 Another Commission study performed an inventory of the legal and administrative obstacles to cross-border cooperation and found 239 such obstacles. The study linked these obstacles to specific policy areas (e.g. the environment, labour market, education, etc.). Of the 239 obstacles:

– 36 were legal obstacles arising from the specific status of an EU border or from EU legislation;
– another 104 were legal obstacles arising from legislative differences between national or regional laws on either side of a border, in areas where the EU has no – or only limited – competence;
– the remaining 99 were administrative obstacles, caused by an unwillingness to address certain problems, a lack of horizontal coordination, or the different administrative cultures or languages on either side of a common border.

Ex post evaluations on cross-border cooperation COPs from the previous programming period have noted their lack of focus, the absence of a coherent strategy to promote the development and socio-economic and territorial integration of the regions concerned, and the COPs’ limited synergies with the national mainstream OPs in these regions.

No mid-term review for the 2014-2020 cross-border cooperation COPs has yet been published.

Action to address shortcomings
For the preparation of the current and subsequent programming periods, DG REGIO has taken various steps to help the cross-border regions to overcome obstacles and address the weaknesses of the previous programming periods.

In autumn 2012, DG REGIO drew up a position paper on each Member State. Presented to the national authorities, these papers set out the Commission’s views by Member State on both the mainstream OPs and the COPs, and set priorities for funding.

In September 2017, the Commission published a communication12 setting out the action that the cross-border cooperation COPs should take to address shortcomings. The same document also proposed new action for the Commission and made recommendations to the Member States on addressing weaknesses and harnessing regional potential.

In preparation of the 2021-2027 cross-border cooperation COPs, the Commission is currently issuing regional guidance in the form of border orientation papers. These papers are intended to serve as a basis for a dialogue between the Commission, the Member States and the cross-border regions. They analyse and list the key characteristics of the cross-border regions, give some general pointers for each sector of activity, and outline options and recommendations for the priorities for the forthcoming Interreg programmes. The border orientation papers go beyond the 2014- 2020 position papers as they also cover governance issues, with a view to reducing the legal and administrative cross-border obstacles. The Commission expects these documents to be ready by the end of 2019.

Financing
In 1990, Interreg was launched as a Community initiative with a budget of ECU 1 billion.

The Commission informs Member States what proportion of the total Interreg envelope they will receive. The Member States then distribute these funds among their COPs according to the population size of each eligible area.