Belief in the “Prosperity Gospel” — that God financially blesses faithful followers — does not turn individuals into successful entrepreneurs. But prosperity beliefs can fuel values linked to entrepreneurial thinking, such as power and achievement, according to a Baylor University study. 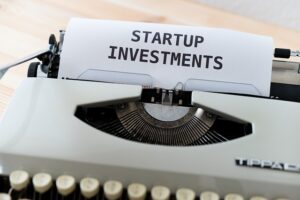 However, researchers found no direct relationship between prosperity beliefs and willingness to take risks, and little connection to recognizing opportunities. Risk-taking and identifying opportunities are typical traits of entrepreneurs, according to the national study.

“As revealed in our findings, a belief that God will provide financial benefit to the faithful is not enough to push someone to launch a business,” said lead author Kevin D. Dougherty, Ph.D., associate professor of sociology in Baylor’s College of Arts & Sciences. “The relationship between prosperity beliefs and starting a business is indirect and inconsistent.”

The study — “Prosperity Beliefs and Value Orientations: Fueling or Suppressing Entrepreneurial Activity” — is published in the Journal for the Scientific Study of Religion.

For the study, researchers analyzed data from a nationally representative survey of 1,066 working adults. Their goal was to connect prosperity beliefs, human values, entrepreneurial attitudes and entrepreneurial action. They found that values — both by themselves and in conjunction with religious beliefs — are important predictors of how and whether individuals might launch a business.

Participants responded to a three-item scale to measure beliefs that faith and faithful behavior lead to success at work and in business. The items included: “God promises that those who live out their faith will receive financial success;” “Believers who succeed in business are evidence of God’s promised blessing;” and “I believe faithful believers in God receive real financial benefits in this life.”

Participants also responded to questions relating to The Theory of Basic Human Values, which recognizes such universal values as openness to change, achievement, security, power and benevolence.

Value orientations of self-enhancement and openness to change are associated with recognizing opportunities and taking risks — entrepreneurial behaviors that correlate with creating new businesses. While prosperity beliefs by themselves show little direct impact on entrepreneurship, they do influence the impact of values and attitudes related to creating a business. Prosperity beliefs can strengthen the relationship between self-enhancement values and opportunity recognition, but they seem to reduce the relationship between openness to change and willingness to take risks.

Another significant finding pertains to gender. Men and women who accept prosperity beliefs are no different in their willingness to take risks or start businesses, said co-author Jerry Z. Park, Ph.D., associate professor of sociology in Baylor’s College of Arts & Sciences. In general, risk-taking and business startups are more common among men.

The study also shows that education and experience are key predictors of entrepreneurship, but those resources may be difficult to acquire for some prosperity believers because of social and economic circumstances.

While individuals in that group have hope, it seems contingent on divine action rather than human action, Neubert said.

“Can prosperity preachers Joel Osteen and T.D. Jakes save the U.S. economy? Probably not. But nor are they damning it,” Dougherty said. “The type of positive, self-help gospel they preach can enhance specific value orientations that are related to entrepreneurial thinking and entrepreneurial behavior.”

*This research was supported by a National Science Foundation grant.