Bastille, the first cybersecurity company to detect and mitigate threats from the Internet of Things (IoT), today released the 2016 MouseJack Security Vulnerability Survey Report looking at the effects the company’s MouseJack discovery is having on businesses and individuals. MouseJack is a security vulnerabilityfound in wireless mice and keyboard dongles that puts billions of PC’s and millions of networks at risk of being breached. Among the most alarming statistics to arise from the poll is that more than 80 % of respondents say their companies still allow wireless mice to be used in the workplace. Further, despite a large percentage of individuals concerned about MouseJack, statistics show many remain unconcerned about potentially being hacked and will continue to use their respective vulnerable devices. 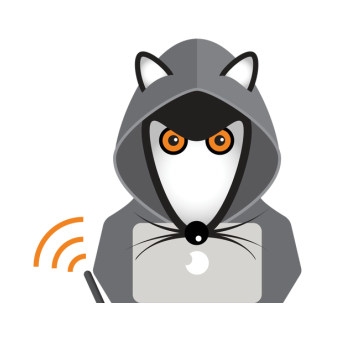 The 2016 MouseJack Security Vulnerability Survey Report includes input from more than 900 global professionals, with the results showing that despite increased awareness of the MouseJack vulnerability, not all are heeding the warning:

82% of respondents said their companies allowed wireless mice to be used.

21% of respondents said they were not concerned that their wireless mouse could be hacked.

16% of respondents said they’d continue to use their mouse even if it had the MouseJack vulnerability.

“This report shows that some individuals and companies are playing roulette by ignoring the MouseJack threat,” said Marc Newlin, Bastille’s engineer responsible for the MouseJack discovery. “MouseJack continues to present a clear and present danger to enterprises, as it takes just one compromised mouse to allow a hacker to infiltrate a network and gain access to sensitive corporate and/or customer data.”

Bastille’s industry report on the MouseJack security vulnerability did, however, yield some positive results. According to the data, a large majority of respondents have changed or are willing to make changes to protect themselves from the MouseJack threat. Among the findings:

79% of respondents said they would patch or replace their mouse if it contained the MouseJack vulnerability:

34% would use it if a patch or fix was available

29% would replace it with a wired mouse

16% would buy a new and safe wireless mouse

“Our mission at Bastille is to protect enterprises from these types of IoT-related airbornethreats, and we are proud that our MouseJack discovery is resulting in people taking control of their IoT security and giving hackers one less infiltration point,” said Chris Risley, CEO, Bastille. “We continue to urge enterprises and individuals that utilize wireless mice to make sure their devices aren’t one of the vulnerable models and, if they are, to take the proper steps to prevent them from becoming a MouseJack victim.”

To download a copy of the 2016 MouseJack Security Vulnerability Survey Report, and for more information on the MouseJack vulnerability – including a list of affected MouseJack devices, visit www.mousejack.com.