Listening to music you enjoy, reading the news that interest you or watching films that you like: there is now an app for Android capable of doing that in an automatic and non-invasive way. The app is called CAMR (Context-Aware Personalized Multimedia Recommendations for Mobile Users) and it is being developed by INESC TEC (INESC Technology and Science), as part of the research programme MAT – Media Arts and Technology. 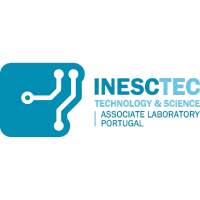 The CAMR benefits from the sensors on mobile devices, such as the accelerometer, orientation, GPS, light or sound sensors, to obtain information on the usage context, and thus monitor the users’ consumption and build contextualised user profiles in an implicit way.
Ultimately, the app extracts knowledge from the user  and makes decisions on the contents to recommend, adapted to the context of use (type of user activity, characteristics of the terminal, time of the day, day of the week, year, location, network connection, environmental conditions, among others), in a transparent way or when requested by the consumer.

The prototype developed presents some innovative features comparatively to what is available on the market: firstly, it makes it possible to acquire low level context using the sensors in the mobile device in a dynamic and transparent way; secondly, it makes it possible to obtain additional high level knowledge on context, namely the user activity, using classification and reasoning techniques.

“The CAMR also monitors the user’s consumptions, establishing relations with the high-level usage context, and uses these profiles to implement a non-invasive, context-sensitive recommendation engine, following a context-based or a hybrid approach,” explains Teresa Andrade, coordinator of the project, which was also developed by INESC TEC researcher Abayomi Otebolaku.

It is known that over the last decade there was a boom in mobile devices capable of reproducing multimedia files, leading to an unprecedented increase in the amount of online content. A study published by Cisco in 2014 reveals that in 2018 multimedia traffic generated from mobile wireless devices will surpass that of fixed devices.

“If today it is difficult to find contents quickly, in the future the problem will be worse, particularly for mobile device users. In fact, in general these users are not as available to search for contents on the web, and oftentimes that search is done with other tasks. For that reason, systems that make this search faster become extremely important, operating in a transparent way for the user. Another difficulty that the users may find is the format of the contents they are looking for, which may not be adequate to the capacities of their devices,” the researcher states.

Two particular decision features of the CAMR should be highlighted that require two different types of adaptation: semantics, through which the universe of the candidate or searchable content is adapted in a subset formatted according to the preferences of the user in a certain context; and syntax, in which the parameters of the content and/or coding scheme are manipulated to meet the restrictions imposed by the device and network connection.

This project – “NORTE-07-0124-FEDER-000061” – is funded by the Regional Operational Programme for the North (“ON.2 – O Novo Norte”), of the National Strategic Reference Framework (NSRF), through the European Regional Development Fund (FEDER), and by National Funds through the Foundation for Science and Technology (FCT).