For the first time, the Commission issued a progress report covering the five Funds. It shows a sharp acceleration in investments over the last months, with an implementation expected to reach cruising speed in 2017. 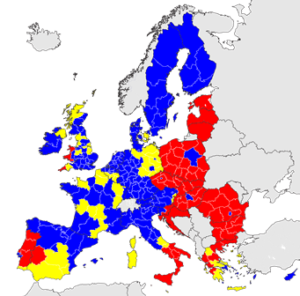 By the end of 2015, 274 000 businesses had already received support under the 2014-2020 European Structural and Investment (ESI) Funds; 2.7 million people already had benefitted from assistance in finding a job or developing skills; the biodiversity of 11 million hectares of agricultural land was improved and one million EU-funded projects were selected, for a total value of almost €60 billion.

This figure has doubled over nine months, and by the autumn of 2016, almost €130 billion – 20% of the total ESI Funds envelope – had been invested in small businesses, research, broadband, energy efficiency and thousands of other projects focusing on the priorities of the EU’s growth and jobs strategy. In line with the objectives of the Investment Plan, the aim of doubling the use of financial instruments in ESI Funds investments was almost reached at the end of 2015.

Vice-President Jyrki Katainen, responsible for Jobs, Growth, Investment and Competitiveness, said: “In many Member States, the ESI Funds are a vital source of public investment. With their focus on key priorities and their performance-oriented framework, they contribute significantly to reaching our EU-wide goals of growth and jobs.”

Commissioner for Regional Policy Corina Crețu said: “The numbers speak for themselves. They show that we are on the right track in terms of implementation, even with a more ambitious framework for the funds, which has already helped support structural reforms and remove barriers to investments. Now it is time for EU-funded projects to get off the ground and I call on all Member States to further accelerate selection and implementation.”

In parallel to the first projects seeing light of day, the first two years of the 2014-2020 period were used by Member States to set the right conditions to ensure quality and sound investments, under the new provisions of the funds’ common framework.

For example they had to put in place investment strategies and ensure full compliance with EU standards across a variety of sectors – transport, innovation, digital technologies, waste and water management… – to bolster an investment-friendly environment.

The benefits of these requirements go beyond the realm of ESI Funds investments and positively impact quality of life in the EU. For instance, Italy adopted a national strategy on broadband aligned with EU 2020 targets and aiming to reduce the digital gap.

Evaluations plans were also set up for each ESI Funds programme in order to provide a clearer picture on their performance over time, in line with the EU budget focused on results initiative.

In addition to this report, today the Commission launches an upgraded version of the Cohesion Open Data platform. This website, resulting from the Commission’s commitment to accountability and transparency, is now enriched with new sections to show the performance of ESI Funds investments and measure target achievement.

The 2014-2020 ESI Funds envelope, with national co-financing, represent an investment effort of €638 billion, including €181 billion dedicated to “smart growth”, with investments in Research & Innovation, digital technologies and direct support to over two million small businesses.

This report is the first in a series of annual reports to the EU institutions on the implementation of the 533 ESI Funds programmes. This stock-taking is done in the context of major novelties introduced in 2014 to enhance the quality of spending, such as thematic concentration, new preconditions to investments and enhanced focus on results and performance measurement mechanisms.