A study by researchers at the Ontario Institute for Studies in Education (OISE) at the University of Toronto shows that four-year-olds with average and lower vocabulary skills learn more effectively with an adult reading an eBook to them versus relying solely on the eBook’s voiceover.

In the study, four-year-olds either interacted with a digital book on their own using the book’s voiceover, or an adult read them the same book. The book was teaching children about biological camouflage. 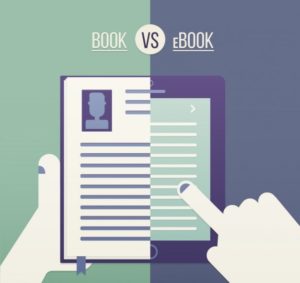 Dr. Patricia Ganea, Associate Professor of early cognitive development at the Dr. Eric Jackman Institute of Child Study at OISE, says the results highlight that young children are best supported in their learning when they are in interaction with others, especially parents or other caregivers.

“These findings are important since they show that children at risk for low comprehension benefit from having an adult read with them, rather than being left to learn from the digital device on their own,” said Ganea. “Choosing high quality apps is only part of the equation. Reading along with the child can also increase learning.”

Dr. Gabrielle Strouse, a postdoctoral fellow who worked with Ganea on the study, and who is now at the University of South Dakota, agreed.

“Children may learn from digital media on their own, but parents still play an important role in children’s learning. Parents can enhance what children take away from digital media by asking questions, directing their attention to relevant information and participating with them in the media interaction,” Strouse added.

The study was conducted by giving children a pre-test about biological camouflage using pictures of animals. Children were then read an e-book about camouflage by the e-book voiceover or by an adult. Afterward, children were asked questions about camouflage using replica lizard and turtles in tanks. They were asked to identify which animals would be seen by a predator, which tank they would put an animal in so it would not be seen, and to explain their choices.

Overall, researchers found the e-book to be an effective tool for teaching children the new biological concept:

Also noteworthy, the findings are consistent with the emphasis on parent co-use of media in the American Academy of Pediatrics’ newly updated guidelines on children’s media exposure.

The study, “Are Prompts Provided by Electronic Books as Effective for Teaching Preschoolers a Biological Concept as Those Provided by Adults?” was published in the November/December edition of Early Education and Development.