Heating accounts for over 50 per cent of final energy consumption. So reducing the emissions that result from heating buildings would make a huge difference to the climate. What strategies are being pursued to realise this potential in Germany and the UK? A study by researchers from the Institute for Advanced Sustainability Studies (IASS) finds that both countries could do a lot more to mitigate climate change in the heating sector. 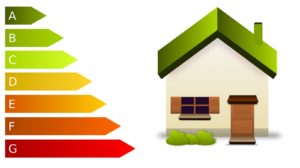 In recent years, energy transition policies have focussed on reducing carbon emissions from electricity generation. The heating sector has played only a minor role, despite the fact that thermal energy accounts for over half of final energy consumption – and electricity for only a quarter. Reducing carbon emissions in building heating would therefore be an important contribution to climate change mitigation. For a study published in the journal Energy Research & Social Science, a team of researchers from the Institute for Advanced Sustainability Studies (IASS) analysed the transformative potential of German and British heating sector decarbonisation policies.

According to the authors, achieving emissions reductions in this sector depends not only on improving the efficiency of existing technologies. It requires a fundamental transformation of heating systems, including technological, social and institutional changes. Government policy plays a critical role in inducing this transformation process . Drawing on the concept of Transformative Environmental Policy (TEP) as an analytical framework, the authors assess the transformative ambition of government policy in the heating sector in both countries.

“As the two largest economies in Europe with broadly similar heating requirements, Germany and the UK lend themselves to a comparison of heating sector governance,” explains Leonard Frank, the study’s lead author. Both countries are also subject to the common framework of the European Energy Efficiency Directive, which places great emphasis on building heating.

Change of course hasn’t happened yet

“Our analysis of both countries’ policy strategies shows that neither government is coming close to unleashing all of the transformative potentials implied in the concept of TEP, which served as a benchmark for our assessment,” explained Frank, who is currently based at the University of Freiburg. Neither country has sufficient instruments in place – laws, support programmes, or regulatory measures – that would allow it to systematically create and exploit windows of opportunity for investments in low-carbon heating infrastructure.

As Frank explains, although policy instruments for phasing out fossil fuels are, unlike zero-carbon building standards, largely inflexible, “such strategy elements are necessary to reorient actors away from established fossil-fuel technology.”

That’s why the authors recommend that governments introduce a commitment to phasing out high-carbon heating, possibly coupled with building stock refurbishment targets. These measures need to be embedded in a sequence of planned policy interventions. This may make it possible to open up the current heat market and advance the transformation to a low-carbon heating sector in the process. “In the stimulus packages to aid economic recovery after the corona crisis, grants to cover the cost of installing heat pumps and carrying out energy refurbishments could add significant impetus to this process,” says Rainer Quitzow, who led the study at the IASS.

Germany would do well to adopt the British approach of deploying instruments according to transition phases. In the UK, social innovations such as a systematic deployment of advisory services should be taken up in the strategy (it currently exists in only Scotland), possibly drawing on German experiences. In a similar vein, professional training should be geared towards decarbonisation as one element of a reorientation of the strategy.

Also in the UK, phase-out commitments for oil and gas heating need to be strengthened in order to achieve heating sector decarbonisation. Reinstating building stock refurbishment targets could be a step in this direction.