Although robotic devices are used in everything from assembly lines to medicine, engineers have a hard time accounting for the friction that occurs when those robots grip objects – particularly in wet environments. Researchers have now discovered a new law of physics that accounts for this type of friction, which should advance a wide range of robotic technologies. 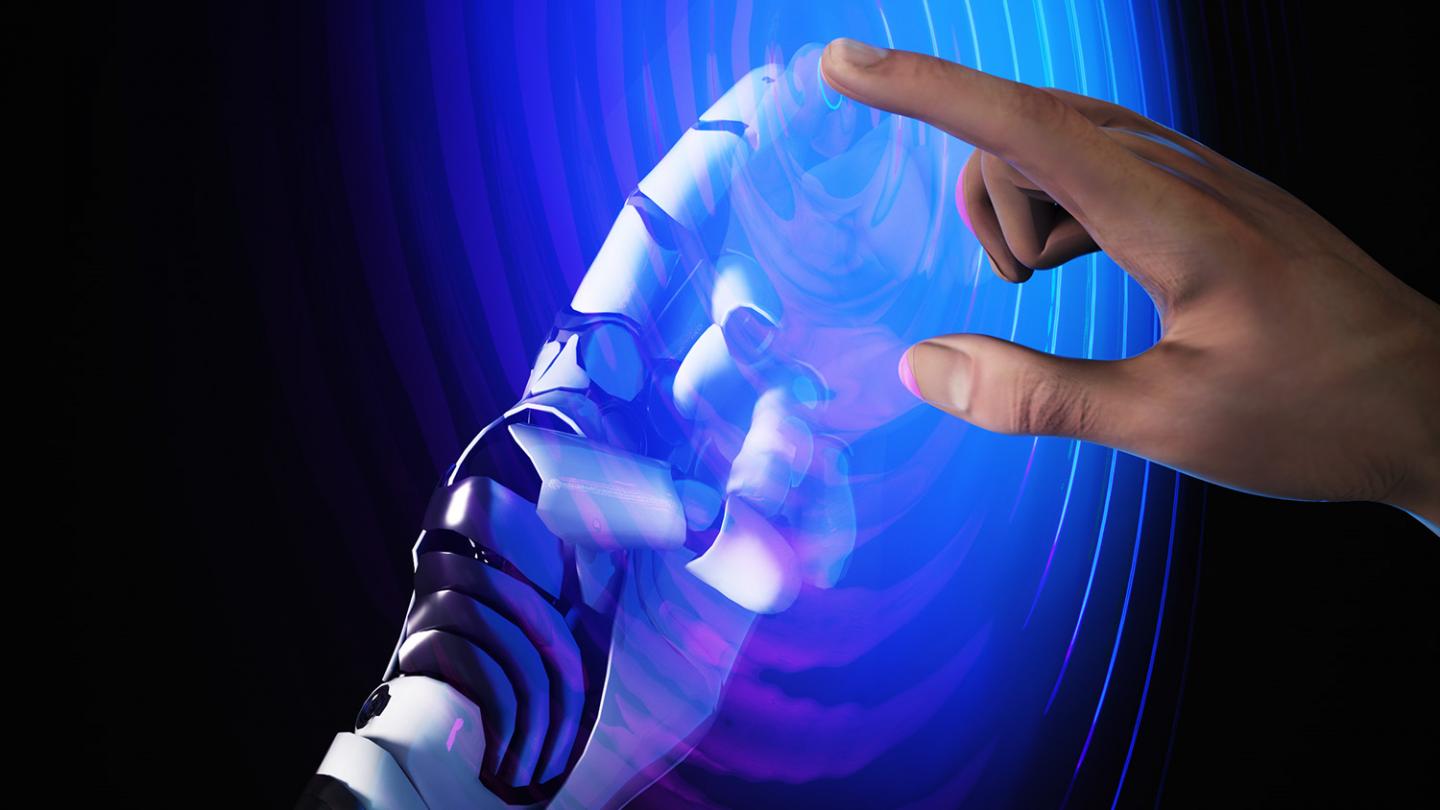 Researchers have now described a new law of physics that accounts for elastohydrodynamic lubrication (EHL) friction, which should advance a wide range of robotic technologies. EHL friction occurs when two solid surfaces come into contact with a thin layer of fluid between them.
CREDIT
Lilian Hsiao

“Our work here opens the door to creating more reliable and functional haptic and robotic devices in applications such as telesurgery and manufacturing,” says Lilian Hsiao, an assistant professor of chemical and biomolecular engineering at North Carolina State University and corresponding author of a paper on the work.

At issue is something called elastohydrodynamic lubrication (EHL) friction, which is the friction that occurs when two solid surfaces come into contact with a thin layer of fluid between them. This would include the friction that occurs when you rub your fingertips together, with the fluid being the thin layer of naturally occurring oil on your skin. But it could also apply to a robotic claw lifting an object that has been coated with oil, or to a surgical device that is being used inside the human body.

One reason friction is important is because it helps us hold things without dropping them.

“Understanding friction is intuitive for humans – even when we’re handling soapy dishes,” Hsiao says. “But it is extremely difficult to account for EHL friction when developing materials that controls grasping capabilities in robots.”

To develop materials that help control EHL friction, engineers would need a framework that can be applied uniformly to a wide variety of patterns, materials and dynamic operating conditions. And that is exactly what the researchers have discovered.

“This law can be used to account for EHL friction, and can be applied to many different soft systems – as long as the surfaces of the objects are patterned,” Hsiao says.

In this context, surface patterns could be anything from the slightly raised surfaces on the tips of our fingers to grooves in the surface of a robotic tool.

The new physical principle, developed jointly by Hsiao and her graduate student Yunhu Peng, makes use of four equations to account for all of the physical forces at play in understanding EHL friction. In the paper, the research team demonstrated the law in three systems: human fingers; a bio-inspired robotic fingertip; and a tool called a tribo-rheometer, which is used to measure frictional forces. Peng is first author of the paper.

“These results are very useful in robotic hands that have more nuanced controls for reliably handling manufacturing processes,” Hsiao says. “And it has obvious applications in the realm of telesurgery, in which surgeons remotely control robotic devices to perform surgical procedures. We view this as a fundamental advancement for understanding touch and for controlling touch in synthetic systems.”

The paper, “Elastohydrodynamic friction of robotic and human fingers on soft micropatterned substrates,” is published in Nature Materials. The paper was co-authored by Christopher Serfass, a Ph.D. student at NC State; Catherine Hill, an undergraduate student at NC State; Anzu Kawazoe, Yitian Shao and Yon Visell of the University of California-Santa Barbara; and Kenneth Gutierrez and Veronica J. Santos of the University of California-Los Angeles.

The work was done with support from the AAAS Marion Milligan Mason Award and from the National Science Foundation, under grant number CBET-2042635.