The Commission welcomes the adoption of the European Defence Fund (EDF), following the European Parliament’s approval. The EDF, with a budget of €7.9 billion, is the Commission’s flagship instrument to support defence cooperation in Europe. EDF will co-finance collaborative research and capability development projects amplifying national investment. It will also foster an innovative and competitive defence industrial base. In doing so, it will enhance Union’s technological sovereignty and therefore its open strategic autonomy. 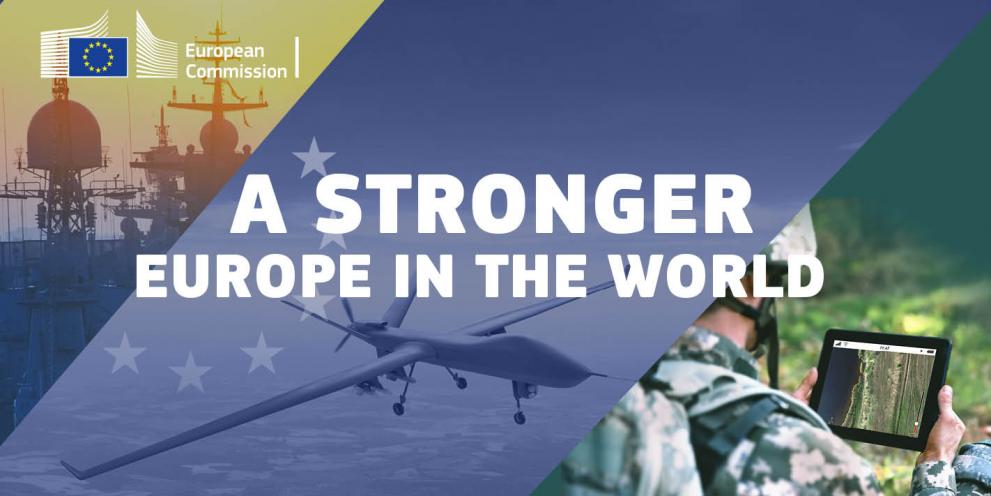 Margrethe Vestager, Executive Vice-President for a Europe Fit for the Digital Age, said: “This is an important step for a stronger Europe. The Fund will play a key role to enable SMEs to participate in defence supply chains and widen cross-border industrial cooperation. Providing opportunities to companies all sizes helps achieving more innovative solutions, to foster an open internal market. So besides a stronger defence cooperation it contributes to our competitiveness.”

Thierry Breton, Commissioner for Internal Market, said: “Today marks a historic day for Europe. The idea of working together for promoting our Defence Union and for the security of EU citizens is now a tangible reality.  In a global context where Europe needs to be stronger, more resilient and more autonomous in strategic areas, the European Defence Fund is a milestone and will significantly contribute to the security of EU citizens.”

Without substituting Member States’ efforts, the Fund will promote cooperation between companies of all sizes and research actors throughout the EU, in research and development of state-of-the-art and interoperable defence technology and equipment.

The Fund will support competitive and collaborative defence projects throughout the entire cycle of research and development, focusing on projects that have the potential to be game-changers for the armed forces of Member States. The Fund will foster innovation and incentivise the cross-border participation of SMEs. Projects will be defined based on defence capability priorities agreed by Member States within the framework of the Common Security and Defence Policy and particularly in the context of the Capability Development Plan. The projects will aim at contributing to the security and defence interests of the Union.

A strong budget for ambitious and inclusive defence programmes

2021 constitutes the first year of the rollout of the new EDF, which will be operational for the period 2021-2027, in alignment with the Multiannual Financial Framework.

It will be endowed with a budget of €7,953,000,000 in current prices. This financial envelope will be divided into two pillars: €2,651,000,000 will be allocated to funding collaborative defence research to address emerging and future security threats and €5,302,000,000 to co-finance collaborative capability development projects.

Up to 4%-8% of the Fund budget is devoted to development or research for disruptive technologies (i.e. technologies that have the potential to create game-changing innovations). This budget represents an unprecedented opportunity to contribute to the development of a competitive and innovative European defence industry.

The complete establishment of the Fund both legally and financially will now allow the Programme Committee (PC), chaired by the Commission and composed of Member States representatives, to discuss priorities and confront topics with the aim to open calls for proposals in summer 2021. The Commission will directly manage the programme. The European Defence Agency (EDA) is invited to participate as observer and the European External Action Service (EEAS) will assist in the Committee.

The Fund is part of the priorities of the von der Leyen Commission for a ‘Stronger Europe in the World’.

A political agreement between the Member States and the European Parliament was found in December 2020 and today’s decision gives legislative effect to the EDF that will operate for the next 7 years.