The Commission today proposed a draft budget for 2018 of €161 billion in commitments to stimulate the creation of more jobs, especially for young people, and to boost growth and strategic investments.

Building on the actions already undertaken in previous years, next year’s EU budget will continue dealing effectively with the migration challenge, both inside and outside the EU. Improved reporting will enhance the focus on concrete results which will be achieved thanks to EU funding. 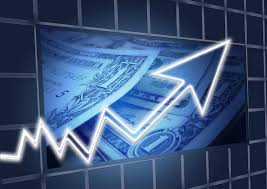 Commissioner Günther H. Oettinger, in charge of budget and human resources, said: “With this budget we want to strike the right balance between keeping our past commitments regarding major EU programmes and addressing new challenges, while enhancing EU added value. We try to make sure that more young Europeans will be able to find jobs and that more key investments will be made on the ground. Demonstrating tangible results and making a difference in the daily lives of Europeans continues to drive all EU action.”

The proposed budget operates within the limitations set by the European Parliament and Member States in the Multiannual Financial Framework — yet under the assumption that the Council will formally adopt the already agreed mid-term revision of that Framework quickly following the elections in the United Kingdom on 8 June. Otherwise, some of the additional proposed expenditure – like the remaining €700 million for the Youth Employment Initiative during 2018-2020 – would be at risk and the Commission would probably need to use budget from the agriculture heading to pay for additional amounts devoted to security and migration.

The European Parliament and the European Union Member States will now jointly discuss this proposal.

The European Fund for Strategic Investments (EFSI), the heart of the Juncker Plan, is backed by an EU budget guarantee, complemented by an allocation of the European Investment Bank’s own capital. It aims to support jobs and spur growth by making smarter use of new and existing financial resources to harness private investment. It is already expected to mobilise €194 billion in investments to date. In 2018, the Commission proposes to provision the EFSI guarantee fund with a further €2 billion.

The Structural and Investment funds remain the main investment instruments of the EU supporting SMEs and actions mainly in the areas of research and innovation, transport, environment and rural development. The EU budget will provide €55.4 billion for Structural and Investment funds for regions and Member States and almost €59.6 billion for farmers and rural development.

After a slow start in the first years, the 2014-2020 EU structural and investment programmes are expected to reach cruising speed in 2018, as per the commitments agreed by the Member States and the European Parliament. This explains the increase by 8.1% of overall payments, in comparison to the 2017 budget.

The promotion of sustainable development will also guide the action of the EU budget outside the Union, which is being significantly reinforced as regards neighbouring countries. The new European Fund for Sustainable Development is thus expected to leverage additional financing, in particular from the private sector.

The Erasmus+ programme aims to implement the agreed policy objectives of the EU in the fields of education, training, youth and sport by improving the skills and competencies of students, fostering quality improvements in education, training and youth institutions/organisations and promoting policy development. The 2018 draft budget sets aside €2.3 billion for this purpose – a 9.5% increase compared to the 2017 budget.

By the end of 2016 around 1.6 million young people had benefitted from actions supported by the Youth Employment Initiative. This initiative contributed to the decrease of youth unemployment rates in most Member States. However, as the unemployment rates still remain above pre financial crisis levels, continued efforts and support at EU level are called for. To this end, an additional €1.2 billion should be provided to the Initiative over 2017-2020, of which €233 million is included in the draft budget 2018 and €500 million in an amending budget for 2017 which is also proposed today.

As migration and security continue to be top priorities, the Commission is planning to continue financing a wide range of related actions within the EU such as providing humanitarian assistance, reinforcing external border management, supporting the most affected Member States, and more. The €4.1 billion planned in the draft budget for 2018 in the areas of migration and security brings the total of overall EU funding for migration and security to an unprecedented €22 billion in the 2015-2018 period. The 2018 draft budget reflects the fact that the bulk of this was frontloaded.

Additional funds will also be available to tackle the root causes of migration externally, notably by providing assistance for non-EU countries dealing with large migration flows such as Lebanon and Jordan. The draft budget also includes the pledges for this region made at the Brussels conference on supporting the future of Syria in April 2017, which total €560 million.

In the area of security, EU funding will focus on preventive security measures, notably in the field of serious and organised crime, including reinforcing coordination and cooperation between national law enforcement authorities, increasing the security of the EU’s external borders and supporting Member States to fight against terrorism and cybercrime.

Moreover, the Commission launched in 2017 a so-called preparatory action for EU funded defence research. Overall €90 million are budgeted for the 2017-2019 period to fund collaborative research in innovative defence technologies and products.

The draft EU budget includes two amounts for each programme to be financed — commitments and payments. ‘Commitments’ refer to the funding that can be agreed in contracts in a given year; ‘payments’ to the money actually paid out. In the draft 2018 budget, commitments represent €161 billion (up 1.4% from 2017) and payments €145 billion (up 8.1% from 2017, due to the 2014-2020 EU structural and investment programmes reaching cruising speed in 2018, after a slow start in the first years).