TIM, through its company dedicated to Corporate Venture Capital TIM Ventures, signed an agreement with United Ventures, an independent venture capital manager specialised in investments in digital technologies founded by Paolo Gesess and Massimiliano Magrini, to launch a new fund called UV T-Growth which will support investments in established innovative enterprises and SMEs in order to develop technological projects in Italy and abroad, with a particular focus on 5G technology. This operation will see TIM Ventures strengthen its strategy in the Venture Capital world with a view to creating increasing synergies and opportunities for collaboration with the innovation ecosystem. 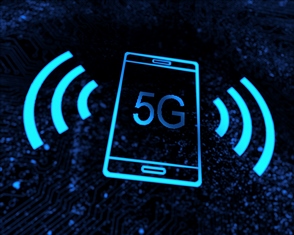 UV T-Growth will invest in “late stage’” innovative enterprises mainly in Italy and Europe. The technological areas will be in line with TIM’s 5G-related strategies, through the development of cloud solutions, Internet of Things, edge computing, artificial intelligence, virtual reality, augmented reality, cyber security applications and on-the-move payment systems. The aim of all this is to create new services, among others, for the Smart City, Smart Home, schools and the work environment.

Once the new fund is established, TIM Ventures will subscribe 60 million euros of UV T-Growth, which has a collection target of 150 million euros. The new fund will also be open to other Italian and foreign institutional investors and will be managed independently by United Ventures. TIM Ventures will make its resources and strategic assets available to the fund, while it will be managed by an independent team selected by United Ventures.

“TIM decisively relaunches its presence in the venture capital market alongside a partner with standing, namely United Ventures”, confirmed Giovanni Ronca, Chief Financial Officer di TIM. “With the launch of UV T-Growth we are committed to promoting the growth of 5G in Italy, which will be the enabling technology of the next few years for citizens and businesses. In addition, we are focusing on a broad range of investment verticals linked to digital. We believe that venture capital is the right tool to accelerate innovation. We are convinced that with this initiative we will encourage greater competitiveness, boosting new investments and confirming our support for digital development in Italy.”

Massimiliano Magrini and Paolo Gesess, founders and managing partners of United Ventures, stated: “The launch of UV T-Growth is an important milestone for United Ventures and for the entire Italian innovation ecosystem, which thanks to this new fund is becoming stronger and increasingly integrated in its components. With UV T-Growth we intend to identify projects with high growth potential and strong technological content. We are pleased to do this alongside TIM, a player that has made technology history in Italy, and that is now a virtuous example of a big corporation turning to Venture Capital as an innovation tool.”